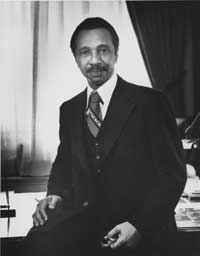 ﻿The Critical Race Initiative (CRI), under the auspices of the Department of Sociology at the University of Maryland, hosted the 2nd Annual Congressman Parren Mitchell Symposium on Tuesday, April 28th, 2015 from 12pm-3:40pm, in the Colony Ballroom, Stamp Student Union.

The theme of the 2015 Symposium was “Intellectual Activism, Social Justice, and Criminalization”. In response to recent events involving the deaths of Michael Brown and Eric Garner and the grand juries’ failure to bring charges against the officers who killed them, the #BlackLivesMatter movement has consisted of over 150 days of demonstrations and protests. As scholars and activists, we must think consciously about our roles to help build a sustainable academic discourse and determine specific action steps that university communities as well as policy makers can take to curtail criminalization and pursue social equality. At the University of Maryland, a group of educators representing an array of departments on campus has come together to hold a series of Teach Ins. This symposium operated, in some ways, as the culmination of this work for the Spring 2015 semester.


The symposium was organized into two panels. The first panel, "Intellectual Activism in 21st Century America: Ethics, Technology, and Constraints," discussed conceptualizations of intellectual activism, the role that technology plays in academics’ ability to engage with the public and influence policy, and whether “boots on the ground” is necessary in the twenty-first century to be considered an activist. Panelists discussed how they use technology to create social change.

﻿The second panel, "Social Justice and the Pursuit of Equality in the Era of Mass Criminalization," discussed criminalization and how it affects the health, political, and labor market outcomes of minorities in the U.S. Panelists discussed how their work in this area aims to raise awareness on these issues and how they aim to combat the consequences of criminalization in their work. For this session, we are particularly concerned with how individuals are informing social policy and legislation.